The Tetragrammaton of the Human Heart

When an artist mixes the colors blue and golden yellow, he gets green.  However, according to Goethe's theory of color, mixing light has a different result. If you take a piece of blue glass, place a piece of golden yellow glass in front of it, and then shine a flashlight through both, what you will see will amaze you! You will see red light! What significance does this have? 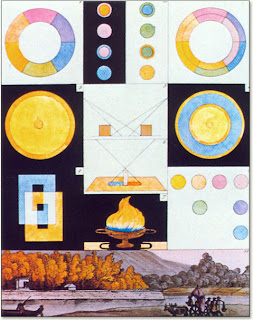 The illuminations of light that humanity has received since the end of the 19th century would suggest an awesome prophecy that is about to be fulfilled! Because humanity has received the blue light of Reiki, and then the golden yellow light of Deeksha, what we are now poised to realize is our Christhood! The intensification of the Red ray (adding more light) is the Pink light of unconditional love. 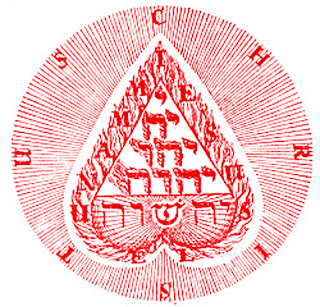 The Tetragrammaton, or four-lettered Name of God, is here arranged as a tetractys within the inverted human heart. Beneath, the name Jehovah is shown transformed into Jehoshua by the interpolation of the radiant Hebrew letter סה, Shin. The drawing as a whole represents the throne of God and His hierarchies within the heart of man.

The Tetragrammaton of the Human Heart was written about by Jacob Boehme (1575-1624) in his Libri Apologetici.  He says, "For we men have one book in common which points to God.  Each has it within himself, which is the priceles Name of God. It's letters are the flames of His love, which He out of His heart has revealed in us. Read these letters in your hearts and spirits and you have books enough.  All the writings of the children of God direct you unto that one book, for therein lie all the treasures of wisdom.*** This book is Christ in you."

We are the ones we've been waiting for! The whole planet is ripe for this ultimate awakening...
waking from the illusion of separation! 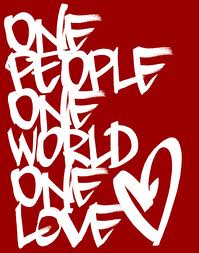 Posted by Squirrel Lady of Town Lake at 4:51 PM

Squirrel Lady of Town Lake
I am a lover of squirrels and a lover of what is. I have practiced massage, Reiki, and crystal healing for many years. In '99 I became a minister in the Alliance of Divine Love because I wanted to help end suffering on our planet. Then in '06 I went to the Oneness University in Southern India. There I received an initiation and experienced an awakening. When I returned home I watched the falling away of old patterns and identities. I discovered the work of Byron Katie and found out that we only suffer when we argue with what is. I fell in love with her process of inquiry. A few years later, I found the Great Freedom teachings of Candice O'Denver~ her message being "to rest in short moments until they become continuous". Finally, I was privileged to meet my present teacher, Sri Mooji. His process of inquiry is direct and instantaneous. Now I spend my time feeding and loving little squirrels and facilitating awakening through inquiry. Please visit my website NewParadigmCounseling.net.